PAL-V signs a global agreement with Airtificial Aerospace & Defense to manufacture different parts of the flying car in composite materials.

Raamsdonksveer, October, 2021. PAL-V is preparing for the serial production of the PAL-V Liberty and lining up its partner and supplier network. The contract between Airtificial and PAL-V consists in the agreement for the serial manufacture of four different packages: fuel tank, body parts, propeller- and rotor blades.

Airtificial has supported PAL-V in the optimization of the final design, as well as led the proposal of the manufacturing process, the development of the necessary tools, the industrialization, the production and the final validation of the different pieces. PAL-V is preparing for serial production of the Liberty and is finalising its production facility in the Netherlands. Since 2012, PAL-V has been designing, testing and pre-producing the world’s first commercial flying car: the PAL-V Liberty. Last year it obtained road admission to drive on the European roads. This year PAL-V finalized its certification basis with EASA after many years of cooperation with the EASA teams. The final step now is compliance demonstration before PAL-V starts the serial production of its flying car. FlyDriving vehicles are projected to be a very important market segment in the Advanced Air Mobility industry. 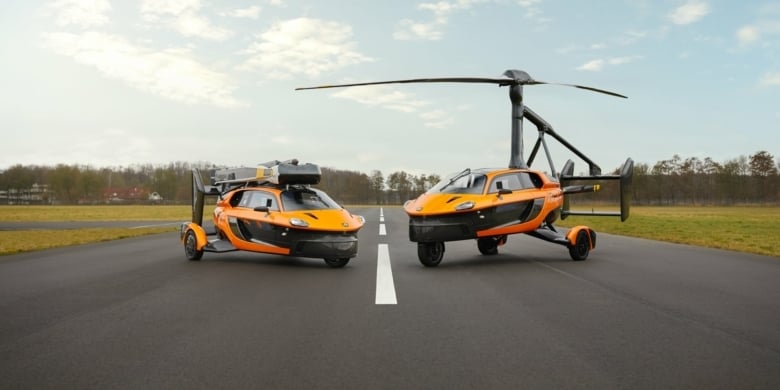 Since 2012, PAL-V has been designing, testing and pre-producing the world’s first commercial flying car: the PAL-V Liberty.

As Enrique Sanz, CEO of Airtificial said: “This is an important milestone for our aerospace division because we are not only increasing our business for the coming years, but also positioning our business for future markets such as flying cars, hand in hand with one of the leaders of this sector, PAL-V”

Robert Dingemanse, CEO and founder of PAL-V explains: “It is vital for us to have a strong supplier base which can grow with us in the emerging Advanced Air Mobility market. Having suppliers for our aviation parts with many years of aerospace experience is vital for the safety and certification of our product. Airtificial has a proven track record and we have been working together now for a number of years. We are proud to announce this next step in our collaboration.”

PAL-V International B.V., is based in The Netherlands. The company was founded in 2008 to commercialize the concept developed since 1999. The management consists of a team of experienced Dutch entrepreneurs with expertise in aviation, automotive, research, and marketing. PAL-V succeeded in gathering the best talent available. Testing its PAL-V ONE flying and driving in 2011/2012, it has proven technical feasibility and certifiability within the existing regulatory framework. The company is funded by a group of professional and private investors from 9 countries and also received funding from the Dutch Ministry of Economic Affairs. Three Dutch ministries are supporting the project based on its technical innovation and economic potential.

Airtificial is a global leader in innovative technological solutions in design and manufacturing for the automotive, aviation and infrastructure industries and other industrial sectors. Its expertise is contributing to the sustainable development of the industry, integrating cutting-edge technology such as robotics and AI with human interaction to achieve optimum results. Listed in Spanish Market, with operating presence in 14 countries in the main markets of Europe, America and Asia.