A data scientist, a software engineer, or a drone operator, who would have imagined such jobs just thirty years ago, let alone becoming mainstream? Being a flying car instructor is for sure one of those jobs that are expected in the future. Currently, it’s not something you will find on every resume. It’s for sure a job that you can expect to see in the coming decade. PAL-V is expanding its team of flying car instructors, soon, a few more people in the world can join this exclusive group of Flying Car instructors.

Last week PAL-V performed a selection round for potential flight instructors. During a two-day event, the prospect instructors underwent various skill tests to demonstrate their all-round flying and instructing skills.

With deliveries of the PAL-V Liberty fast approaching, and customers already signing up to reserve their very own PAL-V Liberty, the addition of a flying license will be necessary to take the PAL-V to the air. As 80% of the current customers of PAL-V not having one, PAL-V is expanding its training capacity to make sure that all customers are ready to fly the PAL-V once they get delivery of their vehicle. 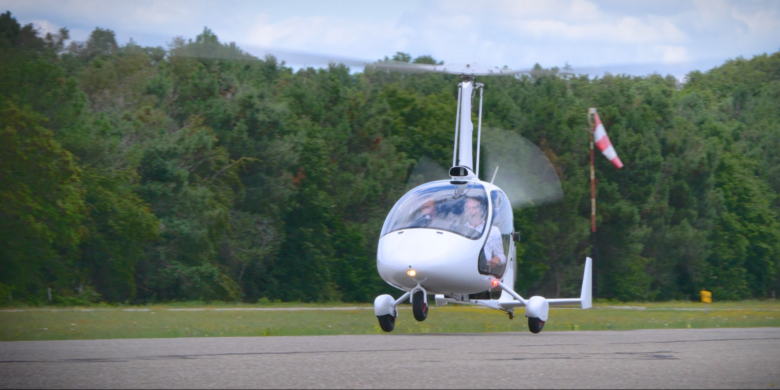 "A Joy to Drive, A joy to Fly, and the FlyDrive Academy will make it a Joy to Learn"​

PAL-V The candidate flight instructors participated in a stringent selection process, culminating with the best candidates being trained as certified gyroplane / PAL-V instructors under the inspired guidance of gyroplane guru Phil Harwood, Head of Training PAL-V.

Future PAL-V Liberty owners will be going through a modular training course existing of six blocks of a 5-day program. The training is designed in such a way that customers are trained in a fast, professional, and pleasant manner to become full-fledged PAL-V pilots. During the training, attention is not only paid to learning to fly safely but also on how to use the PAL-V Liberty as a mobility solution. The FlyDrive Academy trains people to become a carflyer, an experience that no other vehicle than the PAL-V Liberty can deliver.

The PAL-V Liberty is developed by the Dutch company PAL-V N.V. Since PAL-V successfully started the test flights with the PAL-V ONE in 2012, major steps have been taken to develop and certify the first commercial product, the PAL-V Liberty. The PAL-V Liberty uses gyroplane techniques. A gyroplane is one of the simplest and safest ways of flying due to its dynamically stable characteristics and the fact that a gyroplane has no so-called stall speed. This makes a gyroplane an extremely suitable aircraft to learn to fly.